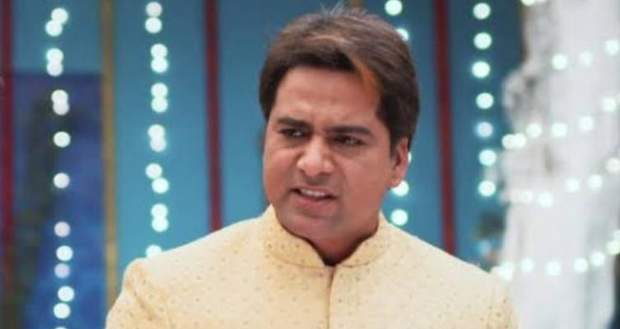 In the forthcoming episodes of Ye Rishta Kya Kehlata Hai serial, Manish will not remember the times he spent with Krishna and will kick her out of the house.

Up until now in YRKKH serial, Naira and Kartik's baby was put in danger as Manish lost his balance and almost dropped the baby. Later, Manish fell unconscious and woke up as his normal self.

Now as per the spoiler twists of Yeh Rishta Kya Kehlata H serial, Krishna will be happy to see Manish being back to his normal self while Manish will not remember anything about Krishna other than that she caused his accident.

Later, he will get enraged at Krishna and will throw her out of the Goenka house according to the latest news of Yeh Rishta Kya Kehlata Hain serial.

Let's see if Manish remembers Krishna or not in the future episodes of Yeh Rishta Kya Kehlata Hai serial.

© Copyright serialsindia.com, 2018, 2019, 2020. All Rights Reserved. Unauthorized use and/or duplication of this material without written permission from serialsindia.com is strictly prohibited.
Cached Saved on: Sunday 25th of September 2022 09:07:31 PM