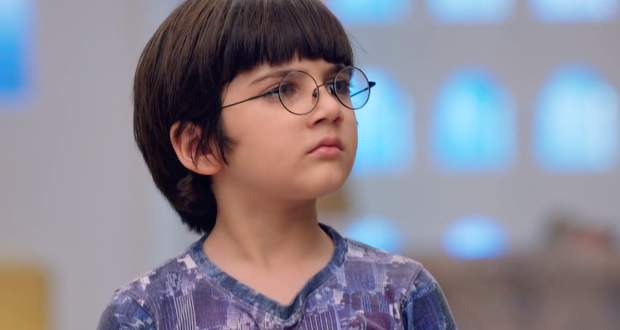 In the upcoming episodes of YRKKH serial, Kairav will get really scared of Kartik when Kartik will lash out at him for being irresponsible.

Up until now in Yeh Rishta Kya Kehlata H serial, Kartik has given up the custody of Kairav while Naira has decided to stay in Udaipur.

The Goenka family is celebrating Dussehra and is all set to burn a Raavan mannequin.

Now as per recent story twists of Yeh Rishta serial, Kairav will fear his mother taking him back to Goa and will decide to hurt himself.

Kartik will get really angry at Kairav for putting himself in danger and being irresponsible. Poor Kairav will get really scared of his father and will hug his mother as per the spoiler news of Yeh Rishta Kya Kehlata Hai serial.

© Copyright serialsindia.com, 2018, 2019, 2020. All Rights Reserved. Unauthorized use and/or duplication of this material without written permission from serialsindia.com is strictly prohibited.
Cached Saved on: Monday 6th of February 2023 06:06:34 AM