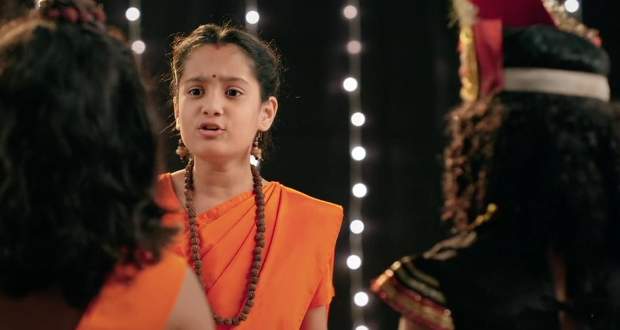 In the forthcoming episodes of Yeh Rishta Kya Kehlata Hai serial, Kairav will be pushed by Krishna due to which he will get angry at her and will form a plan to get her out of the house.

So far in Yeh Rishta Kya Kehlata Hai serial, Kartik and Naira adopted Krishna while the whole family is against their decision.

Further, Kirti is staying at Goenka's house with Krish as she and Naksh have gotten a divorce.

Now as per the spoilers of YRKKH serial, Krishna will push Kairav during the play due to which he will get angry and upset because Kartik and Naira will state that it was an accident.

Kairav will form a plan to get Krishna kicked out of the house with the help of Krish and Vansh according to the gossip twists of Yeh Rishta Kya Kehlata Hai serial.

Let's see if Kairav gets successful in his plan or not in the future episodes of Yeh Rishta serial.

© Copyright serialsindia.com, 2018, 2019, 2020. All Rights Reserved. Unauthorized use and/or duplication of this material without written permission from serialsindia.com is strictly prohibited.
Cached Saved on: Wednesday 1st of February 2023 05:30:00 PM