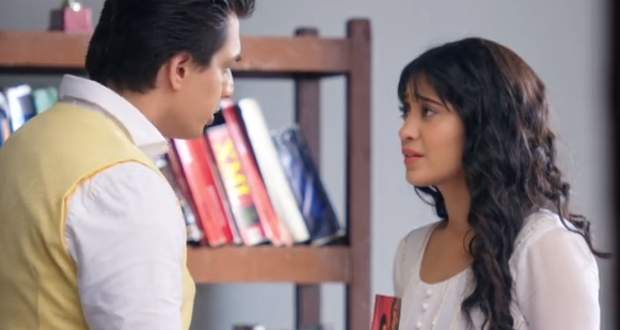 In the upcoming episodes of YRKKH serial, Kartik will take Swarna’s advice and will try to solve the custody case with Naira out of court.

Up until now in Yeh Rishta Kya Kehlata H story, Kartik and Naira are fighting the custody case of Kairav. Later, they went to a dandiya function where they got kidnapped by some goons.

Meanwhile, Damini Mishra is adamant to win the case and is collecting clues against Naira.

Now as per recent gossip twists of Yeh Rishta serial, Vedika will again get upset to see Kartik and Naira sleeping in the same bedroom.

Swarna will witness this scene and will confront Kartik about his behavior. She will make him understand that his actions are not making anyone happy.

Further, Kartik will take her advice and will try to settle the custody case of Kairav out of court according to the serial spoilers of Yeh Rishta Kya Kehlata Hai serial.

© Copyright serialsindia.com, 2018, 2019, 2020. All Rights Reserved. Unauthorized use and/or duplication of this material without written permission from serialsindia.com is strictly prohibited.
Cached Saved on: Wednesday 1st of February 2023 08:58:16 PM