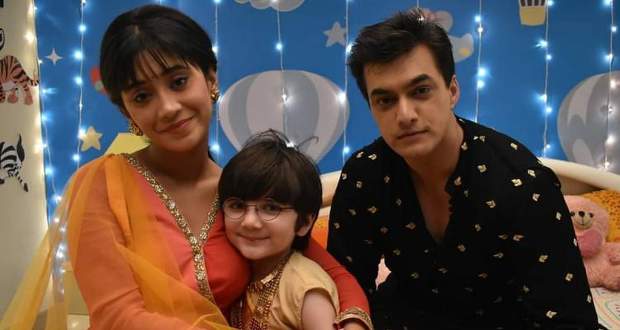 In the upcoming episodes of YRKKH serial, viewers will witness the lavish wedding of Kartik and Naira and Kairav’s wish of a happy family will soon come true.

Up until now in Yeh Rishta Kya Kehlata H story, Naira learned the truth about Vedika and told Suhasini as well. They made a plan to expose Vedika.

However, Pallavi helped Vedika to hide the fact that she has not donated the kidney.

Now as per recent story twists of Yeh Rishta serial, Kartik will also learn about Vedika’s plan and will get really mad. Naira will console him and will plan to make Vedika realize her mistake.

Later, Vedika will be out of Naira and Kartik’s life and they both will plan to get married. Kairav will be the happiest with their wedding and his wish of a happy family will come true according to the spoiler news of Yeh Rishta Kya Kehlata Hai.