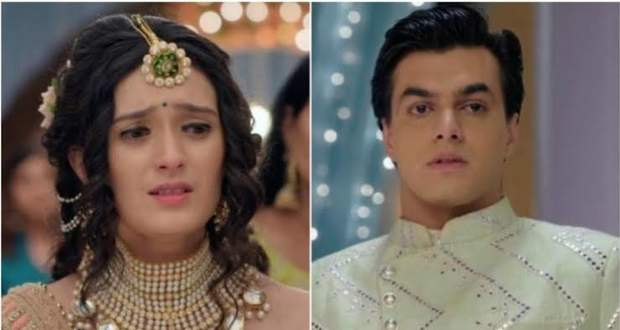 In the upcoming episodes of YRKKH serial, Vedika will use a smart trick to delay Kartik and Naira’s wedding by not reaching on time for divorce proceedings.

Up until now in Yeh Rishta Kya Kehlata H story, Naira was compelled to go to the academy with Vedika to solve some matter but the emergency phone call turned out to be fake.

Later, she reached for the Sangeet and enjoyed it in a unique way. Further, the lawyer informed the family members that it was important to reach on time for the divorce case hearing and it is on the same day as the wedding.

Now as per recent story twists of Yeh Rishta serial, Vedika will use a smart trick to delay Kartik and Naira’s wedding by missing the court hearing of the divorce case.

The Goenka and Singhania family members will get worried as the judge will be about to leave according to the spoiler news of Yeh Rishta Kya Kehlata Hai serial.

© Copyright serialsindia.com, 2018, 2019, 2020. All Rights Reserved. Unauthorized use and/or duplication of this material without written permission from serialsindia.com is strictly prohibited.
Cached Saved on: Wednesday 1st of February 2023 07:02:59 PM