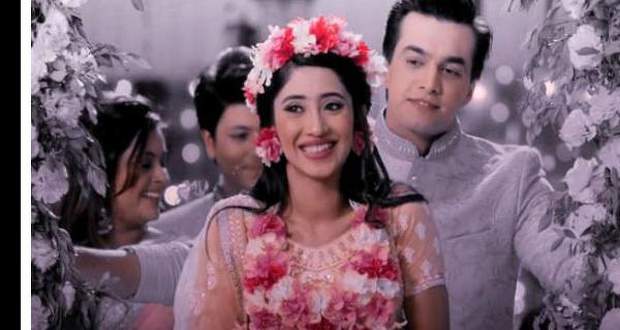 In the forthcoming episodes of Yeh Rishta Kya Kehlata H serial, Naira will receive a surprise from Kartik as he will organize Naira's Godh Bharai celebration.

Up until now in the YRKKH story, Naira announced her pregnancy news to the Goenka family and the family celebrated together on a special occasion. Later, Aditya arrives there and creates a scene by claiming that Krish is his and Kirti's son.

Now according to the recent story twists of Yeh Rishta serial, the serial will witness a small leap after which Naira's Godh Bharai will be shown. Naira will be shown 8 months pregnant.

Kartik will be seen trying his best to keep Naira happy while she will be seen moody and frustrated. In order to make his lady love happy, Kartik will throw a surprise Godh Bharai party as per spoiler news of YRKKH serial.