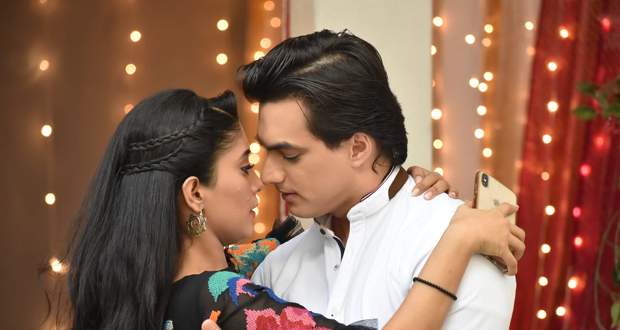 In the upcoming episodes of YRKKH serial, viewers will soon witness the sensuous and sizzling chemistry of their favorite couple Kartik and Naira.

Up until now in Yeh Rishta Kya Kehlata H story, Kartik learned Vedika’s reality and confronted Naira while later they both made a plan to make Vedika realize her mistake.

Vedika felt guilty and made an exit while the family geared up for Kartik and Naira’s wedding.

Now as per recent story twists of Yeh Rishta serial, after a lot of hurdles, Kartik and Naira will soon be able to spend their lives together and tie the knot.

Later, they will spend their first night in a cute and romantic way with a sensuous dance performance. Their chemistry will be a visual treat for the viewers according to the spoiler news of Yeh Rishta Kya Kehlata Hai serial.