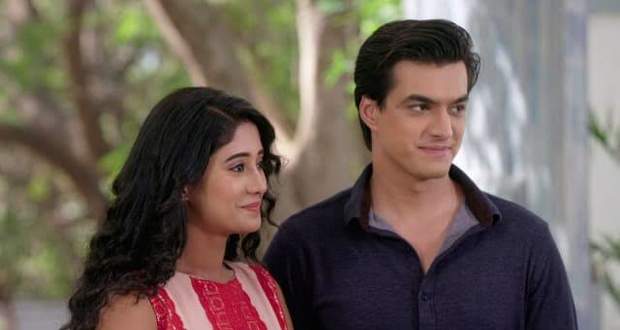 In the upcoming episodes of YRKKH serial, Naira and Kartik will arrange a Halloween party for Kairav and will perform a special dance.

Up until now in Yeh Rishta Kya Kehlata H story, Vedika went missing and later Kartik was arrested by the police. Later, Naira decided to save Kartik and gain proof.

Now as per recent story twists of Yeh Rishta serial, Naira will gain strong proof to save Kartik with an unknown man. Later, Vedika will also return to Goenka house.

Also, based on the spoiler news of Yeh Rishta Kya Kehlata Hai serial, Kartik and Naira will arrange a Halloween party for Kairav and will also dress up for the event.

Further, they will also perform a special dance performance on the event.

© Copyright serialsindia.com, 2018, 2019, 2020. All Rights Reserved. Unauthorized use and/or duplication of this material without written permission from serialsindia.com is strictly prohibited.
Cached Saved on: Wednesday 1st of February 2023 08:25:44 PM