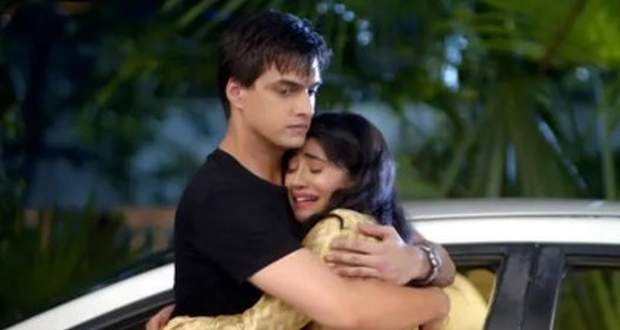 Yeh Rishta Kya Kehlata Hai Gossip: Kartik to get Naira back in her life

In the upcoming episodes of YRKKH serial, Kartik will learn the truth about Vedika not being the donor and will decide to bring Naira back in his life.

Up until now in Yeh Rishta Kya Kehlata H story, Vedika offered to donate the kidney but in return, she wanted to stay with Kartik. Later, Naira got suspicious of Pallavi taking special care of Vedika.

She decided to gain proof against her and entered Goenka house as Santa.

Now as per recent story twists of Yeh Rishta serial, Naira will overhear Pallavi and Umesh Gupta talking and will learn that Umesh has given the kidney instead of Vedika.

She will get shocked and will decide to reveal to Kartik. Later, Kartik will also overhear Pallavi and Vedika’s conversation and will learn the shocking truth.

He will get really mad at Vedika and will decide to bring Naira back in his life according to the spoiler news of Yeh Rishta Kya Kehlata Hai serial.

© Copyright serialsindia.com, 2018, 2019, 2020. All Rights Reserved. Unauthorized use and/or duplication of this material without written permission from serialsindia.com is strictly prohibited.
Cached Saved on: Friday 20th of May 2022 10:12:00 PM