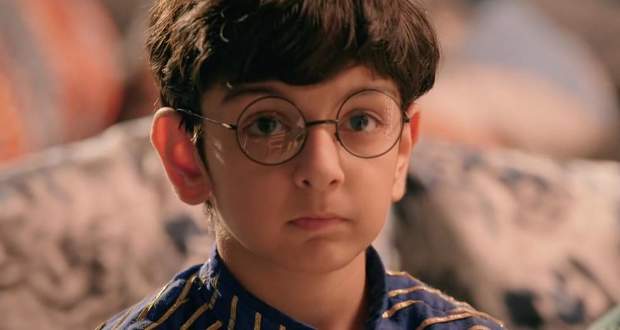 In the forthcoming episodes of Ye Rishta Kya Kehlata Hai serial, Kairav will refuse to participate in the Ramleela play that Naira will be doing.

The present story of YRKKH serial revolves around the Goenka family opposing the adoption of Krishna by Kartik-Naira. Afterwards, Krishna gave an interview for getting into a school which Kairav tried to ruin.

Now as per the spoiler alerts of Yeh Rishta serial, Naira will plan to do a play of Ramleela to teach the children life lessons in which she will tell all the children to participate.

However, Kairav will refuse to participate as he will get the role of Ravan as written in his slip of paper according to the gossip twists of Yeh Rishta Kya Kehlata Hain serial.

Let's see how will Naira convince Kairav to participate in the future episodes of Yeh Rishta serial.

© Copyright serialsindia.com, 2018, 2019, 2020. All Rights Reserved. Unauthorized use and/or duplication of this material without written permission from serialsindia.com is strictly prohibited.
Cached Saved on: Sunday 22nd of May 2022 03:06:51 AM