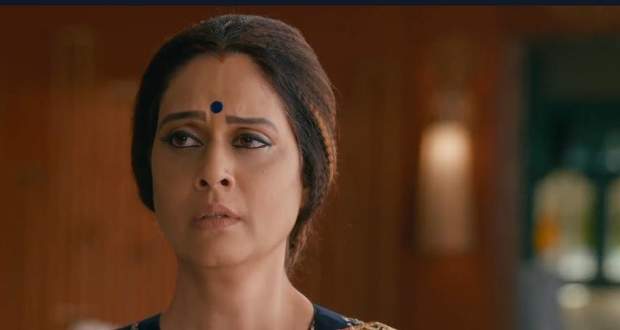 In the forthcoming episodes of Yeh Hai Chahatein serial, the police will once again reach the Khurana mansion and will arrest Sharda for Keerti's murder.

Up until now in YHC serial, Sharda revealed her connection with Keerti's death to Preesha after which the latter decided to change the forensic reports to save Sharda.

Further, Rudraksh also reached the hospital to change the reports and found out Preesha's truth after which they both united to change the forensic samples.

Now as per the gossip twists of Yeh Hai Chahatein, after the whole hospital dilemma, the police will arrive at the Khurana mansion and reveal that Sharda's samples matched with the ones from under Keerti's fingernails.

Further, they will arrest Sharda which will leave the family in shock according to the latest news of YHC.

Let's see if Sharda will reveal the truth of Keerti's accidental death to the police or not in the future episodes of Yeh Hai Chahatein.

© Copyright serialsindia.com, 2018, 2019, 2020. All Rights Reserved. Unauthorized use and/or duplication of this material without written permission from serialsindia.com is strictly prohibited.
Cached Saved on: Wednesday 1st of February 2023 05:44:42 PM