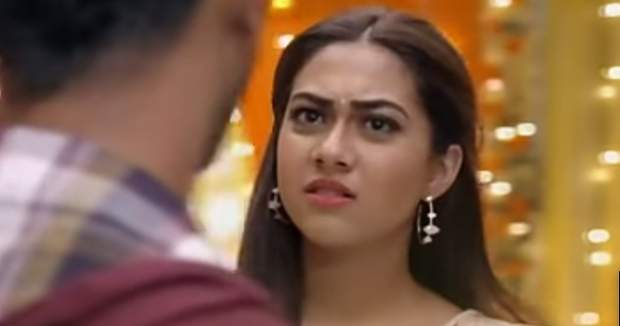 In the upcoming episode of Tujhse Hai Raabta, Kalyani will learn that Avni was Ahir's wife and not Malhar's.

So far in Tujhse Hai Raabta, Malhar and Kalyani desperately searched for Mukku and her Amma.

Further, Kalyani asked Malhar to take care of his responsibilities towards his wife Avni.

Now according to the latest twists of Tujhse Hai Raabta, Avni's baby shower will be conducted at Kalyani's place and meanwhile, Avni's friend Pooja will also arrive.

Moreover, Pooja will misunderstand Malhar for Ahir and will unknowingly reveal that Avni was Ahir's wife.

Kalyani will also be present there and will be shocked to learn that Avni was Ahir's wife as per the spoiler news of Tujse Hai Raabta.

© Copyright serialsindia.com, 2018, 2019, 2020. All Rights Reserved. Unauthorized use and/or duplication of this material without written permission from serialsindia.com is strictly prohibited.
Cached Saved on: Saturday 2nd of July 2022 01:54:26 AM