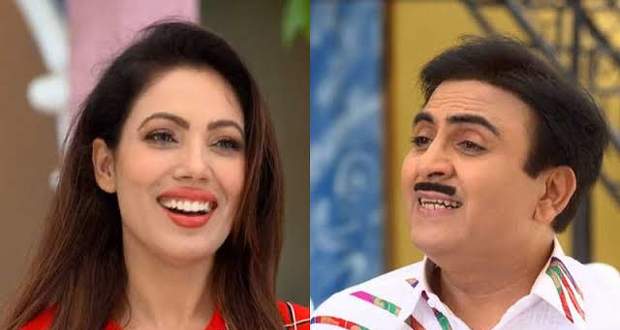 Jethalal will find himself in yet another problem when he will promise Babita Ji that he will cook Gujrati dishes in the upcoming episodes of Taarak Mehta Ka Ooltah Chashmah.

So far in TMKOC story, Jethalal was forced to cook some Gujarati dish by Bapuji which he had learned earlier. However, he didn’t remember the recipe and even called Daya to confirm the same.

Now as per the gossip updates of Taarak Mehta Ka Ulta Chashmah serial, Jethalal’s cooking skills will again be judged when Babita and Iyer will ask for help from him.

They will need help with Gujarati cooking as Iyer’s boss will wish to eat that particular cuisine. Jethalal will promise to cook to impress Babita Ji but will get into trouble as the boss will be arriving the very next day.

Let’s see what happens next in the future story of Taarak Mehta serial.

© Copyright serialsindia.com, 2018, 2019, 2020. All Rights Reserved. Unauthorized use and/or duplication of this material without written permission from serialsindia.com is strictly prohibited.
Cached Saved on: Wednesday 1st of February 2023 05:59:18 PM