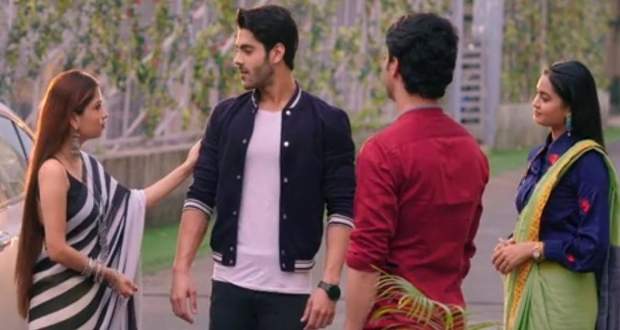 In the upcoming episodes of Shakti Astitva Ke Ehsas Ki serial, Virat will be successful in convincing Raavi and Sindhu for his marriage with Heer.

Up until now in Shakti story, Virat decided to convince Heer’s family before the Navratri festival. Later, he managed to convince Harak and Rohan, while Preeto got furious with both of them.

Now based on the serial gossips of Shakti, Virat will warn Raavi and Sindhu that he will go to live at Kinnar’s place if they both will not be convinced for Heer’s marriage. Further, Raavi and Sindhu will go to Virat’s house and will inform him that they grant him permission to marry Heer.

Meanwhile, Harak will try to convince Preeto as well but she will lash out her anger on him according to the latest update of Shakti Astitva Ke Ehsaas Ki serial.

Let’s see if Virat will be able to convince Preeto or not in the future story of Shakti Astitva Ke Ehsas Ki serial.