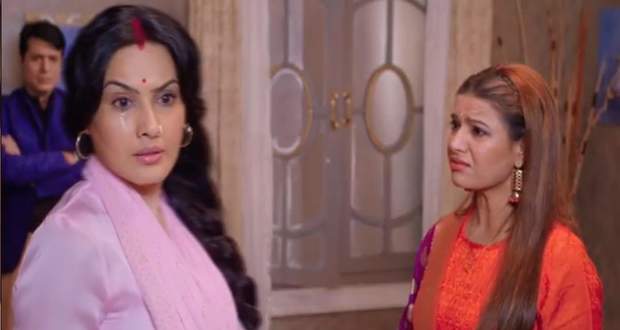 In the upcoming episodes of Shakti Astitva Ke Ehsas Ki serial, Mahi will take a stand for Virat and Heer’s marriage.

Up until now in Shakti story, Virat came back alive to Heer’s house and decided to convince Heer’s family for their marriage. Further, Virat convinced his family and they agreed to get him married to Heer.

Now based on the serial gossips of Shakti, Mahi and Preeto will have an argument on Heer getting married to Virat. Preeto will deny to Heer’s marriage, while Mahi will tell Preeto that Somya’s marriage was the only reason which gave Somya all the happiness in this cruel world.

She will take a stand for Heer and Virat’s marriage and will try to make Preeto understand by Somya’s life story according to the latest update of Shakti Astitva Ke Ehsaas Ki serial.

Let’s see if Preeto will be convinced or not in the future story of Shakti Astitva Ke Ehsaas Ki serial.