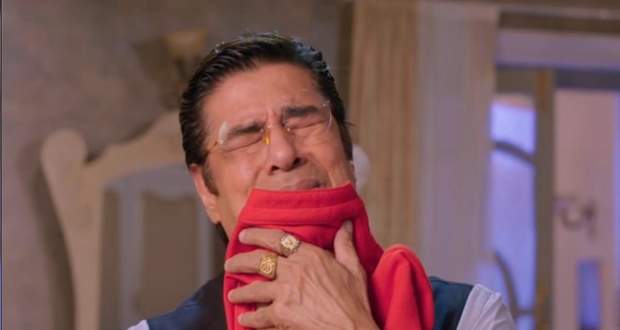 In the upcoming episodes of Shakti Astitva Ke Ehsas Ki serial, Harak will get emotional on missing his late son Harman.

Up until now in Shakti, Heer accepted Virat’s marriage proposal, while Virat jumped off the cliff to prove his love for Heer to her family members. Later, Virat came back alive and decided to convince Heer’s family at any cost.

Now as per the serial gossip of Shakti, Virat will hangout with Harak and will try to make him realize his love for Heer by talking about Harman and Somya’s story. Further, Harak will get emotional and will miss his late son Harman.

Meanwhile, Preeto will arrive there and will blame Virat for playing with Harak’s emotions according to the spoiler of Shakti Astitva Ke Ehsaas Ki serial.

Let’s see if Virat will be able to convince Harak or not in the future episodes of Shakti Astitva Ke Ehsas Ki serial.

© Copyright serialsindia.com, 2018, 2019, 2020. All Rights Reserved. Unauthorized use and/or duplication of this material without written permission from serialsindia.com is strictly prohibited.
Cached Saved on: Wednesday 1st of February 2023 08:53:27 PM