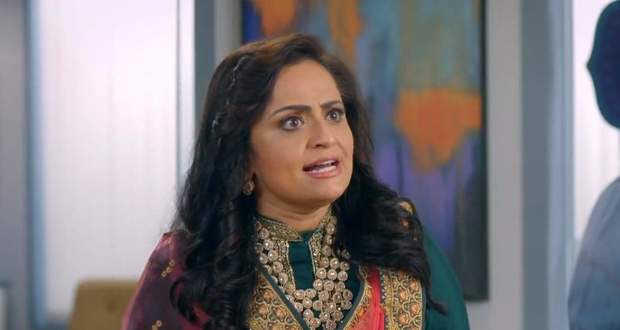 In the forthcoming episodes of Star Plus’s serial Shadi Mubarak, Mrs Gopalani will cancel her contract with Preeti and K.T.

Up until now in Shaadi-Mubarak, K.T decided to dissolve his partnership deed with Preeti. Further, Priyanka got to know about Priyanka and Tarun’s relationship and tried to make Priyanka understand that Tarun is playing with her feelings.

Now based on the future twits of Shadi Mubarak, K.T will shout at Preeti for breaking her promise made to Mrs Gopalani to not to attend the marriage functions. Meanwhile, Mrs Gopalani will reach Shaadi Mubarak office and will cancel her contract with Preeti and K.T.

She will further give the marriage contract to Chanda Rathod’s company according to the latest updates of Shadi Mubaarak serial.

Let’s see how Preeti and K.T will deal with this situation in the future episodes of Shaadi Mubarak serial.