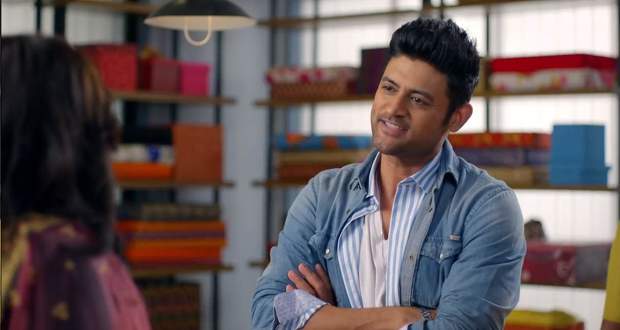 In the upcoming episodes of Star Plus’s serial Shadi Mubarak, K.T will ask Mrs Gopalani to apologise to Preeti.

Up until now in Shaadi-Mubarak, K.T and Kusum teamed up together to make Preeti realize her worth.

Further, Juhi and Sumedh revealed Tarun’s true intentions in front of Priyanka, while Priyanka slapped Tarun for playing with her feelings.

Now based on the serial spoilers of Shadi Mubarak, Mrs Gopalani will reach Shaadi Mubarak’s office and will shout at K.T for not fulfilling the requirements for the gift hampers.

K.T and Mrs Gopalani will get into a heated argument and K.T will make her apologise to Preeti by playing recorded audio of her insulting Preeti.

Meanwhile, Rati will get furious with Tarun for disclosing their plan in front of Priyanka and Juhi according to the latest update of Shadi Mubaarak serial.

Let’s see how Priyanka will deal with Tarun and Rati in the future story of Shaadi Mubarak serial.