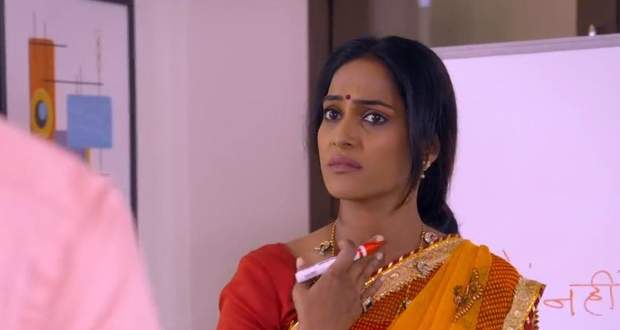 In the forthcoming episodes of Star Plus’s serial Shadi Mubarak, Preeti will lie to K.T about her health.

So far in Shaadi Mubarak story, Mrs Gopalani humiliated Preeti for her dark complexion and asked her to not to be there in her daughter’s wedding functions. Further, Juhi was amused by the way Priyanka took stand for Tarun.

Now based on the serial spoilers of Shaadi-Mubarak, K.T will remind Preeti to come along to the meeting with Mrs Gopalani, while Preeti will lie to him that she cannot go because of her bad throat.

Further, K.T will be shocked on witnessing Preeti talking to the locality ladies and will think about the reason for Preeti’s lie according to the latest gossip of Shadi Mubarak serial.

© Copyright serialsindia.com, 2018, 2019, 2020. All Rights Reserved. Unauthorized use and/or duplication of this material without written permission from serialsindia.com is strictly prohibited.
Cached Saved on: Saturday 28th of January 2023 01:06:25 PM