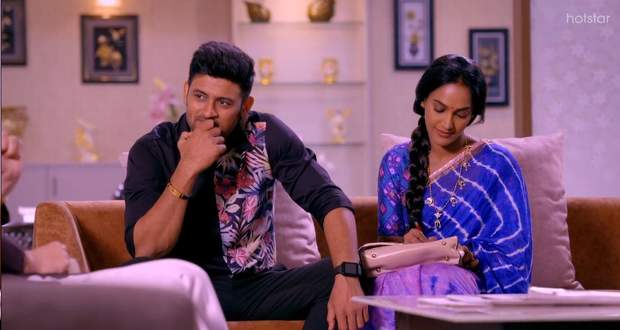 In the upcoming episodes of Star Plus’s serial Shadi Mubarak, K.T and Preeti will get their first contract to manage an event.

Up until now in Shaadi-Mubarak, Rati got jealous of Preeti for being business partner of K.T. Later, Tarun gave a challenge to Preeti to prove herself as a deserving businesswoman in 25 days.

Now based on the serial spoilers of Shadi Mubaarak, the business tycoon Nathwal will invite K.T and Preeti to his office for a meeting regarding his daughter’s wedding. Meanwhile, Chanda will get angry with Rati for doing a careless mistake as she was not able to convince Nathwal to give the wedding contract to Chanda’s company.

Further, K.T and Preeti will be able to convince Nathwal with their unique ideas and will get their first business contract according to the gossip update of Shadi-Mubarak serial.

Let’s see if K.T and Preeti will be able to manage the event well in the future story of Shaadi Mubarak serial.