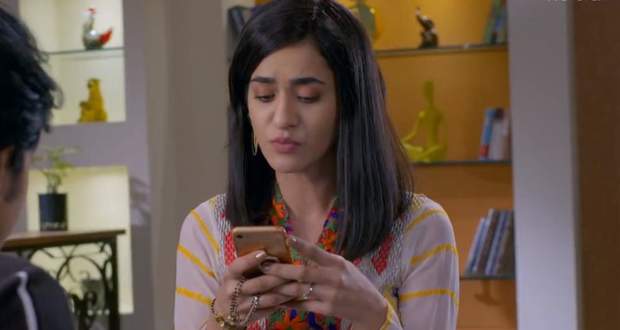 In the upcoming episodes of Star Plus’s Shadi Mubarak serial, Rati will provoke K.T and his family against Preeti.

Up until now in Shaadi-Mubarak story, K.T and Preeti got their first business contract of Mrs Gopalani. Further, Priyanka sent women association workers to Rati’s house to humiliate her.

Now based on the serial gossips of Shaadi Mubarak, Chanda will make a call to Preeti and will fake Rati’s accident in front of her. Later, Preeti will rush to Chanda’s office and Chanda will try to bribe her to leave K.T’s company.

Meanwhile, Rati will send Preeti and Chanda’s picture to K.T’s mother so that K.T and his family doubt on Preeti according to the latest update of Shadi Mubarak serial.

Let’s see if Preeti will be able to get out of this the situation in the future story of Shaadi Mubaarak serial.