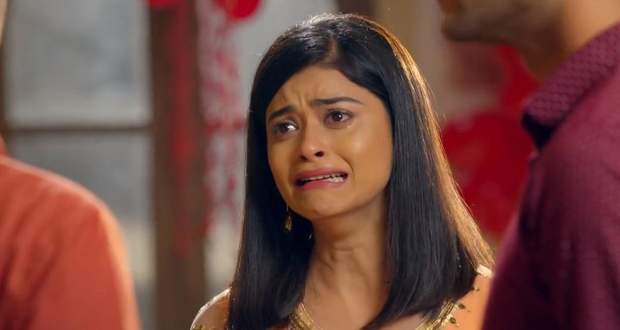 In the forthcoming episodes of Star Plus’s Shadi Mubarak serial, Tarun’s intentions will be disclosed in front of Priyanka.

Up until now in Shaadi-Mubarak, K.T decided to end his partnership deed with Preeti, while Kusum told him the truth behind Preeti’s lie.

Further, Kusum and K.T teamed up together to make Preeti realize that dark body complexion cannot let anyone stop fulfilling their dreams.

Now as per the future twists of Shadi Mubaarak, Juhi and Sumedh will take Priyanka to Tarun’s house and will help her in knowing Tarun’s real intentions towards her.

Further, Priyanka will slap Tarun for playing with her feelings, while Juhi will break all her relations with him and will support Priyanka.

Elsewhere, K.T will be amazed to see Preeti wearing the Saree he gifted to her according to the latest gossip of Shadi Mubarak serial.

Let’s see if Preeti and K.T will start getting closer in the future story of Shaadi Mubarak serial.