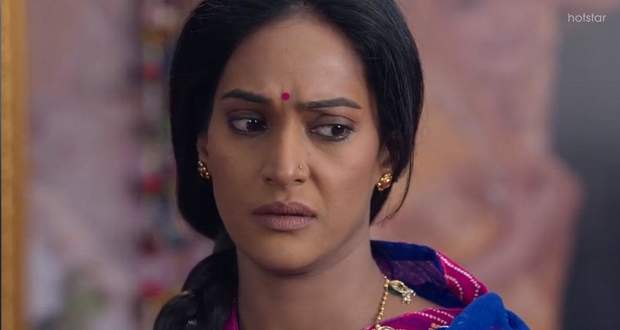 In the forthcoming episodes of Star Plus’s serial Shadi Mubarak, Preeti will reject K.T’s proposal to be his business partner.

Up until now in Shaadi-Mubarak, Tarun arrived at Kusum’s house along with his grandparents to take Preeti back to his home. Later, K.T reached Kusum’s house and gave an offer to Preeti to be his partner in his wedding planning business.

Now as per the spoiler updates of Shaadi Mubark, Preeti will not feel comfortable in being K.T’s business partner and will make a call to K.T to reject his business proposal.

Further, K.T will be shocked upon listening to Preeti’s decision according to the gossip news of Shaadi Mubaarak serial.

Lets’s see what happens next in the future story of Shaadi Mubarak serial.

© Copyright serialsindia.com, 2018, 2019, 2020. All Rights Reserved. Unauthorized use and/or duplication of this material without written permission from serialsindia.com is strictly prohibited.
Cached Saved on: Tuesday 16th of August 2022 05:59:22 AM