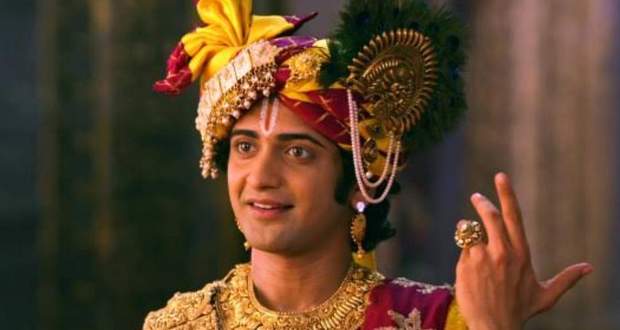 In the forthcoming episodes of Radhe Krishna serial, Krishna will tell Arjun the holy tale of Narayan to get him ready for the war.

Up until now in Radha Krishn story, Pandavas lost the game of Chaupar to Kauravas due to which they were sent to the exile for 12 years. After the ending of exile, they got ready to wage war against the Kauravas.

Now as per the gossip twists of RadhaKrishna serial, Krishna will tell Arjun the holy tale of Narayan in which he defeated Kavyamata by killing her to establish Dharma.

Krishna will advise him to do what he did and fight in the war for the benefit of society. Arjun will understand what Krishna is trying to tell him and will get ready to fight against Kauravas in the war according to the latest news of RadhaKrishn serial.

Let's see what happens next in the future episodes of Radha Krishna serial.