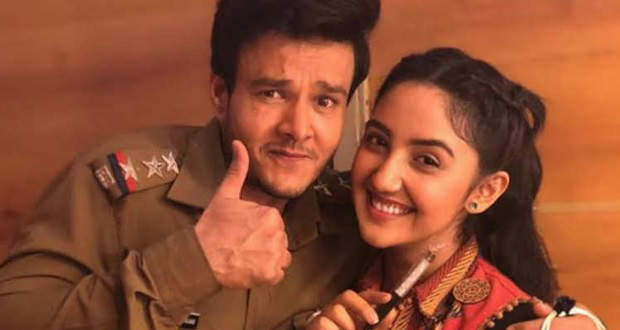 Patiala Babes Latest Spoiler: Hanuman to get upset with Babita

In the forthcoming episodes of Patiyala Babes serial, Hanuman will get mad at Babita and will cancel the honeymoon trip planned by Mini.

Up until now in Patiala Bebes serial, Mini planned a special honeymoon trip for Babita and Hanuman. Hanuman got happy with the news while Babita proposed Mini accompanying them.

Hanuman didn't like Babita’s proposal and they got into a huge fight.

Now according to the spoiler updates of Patiyala Bebes serial, Babita will reveal she married only for Mini’s happiness.

Hanuman will get really upset with Babita’s declaration and will decide to cancel the honeymoon trip as per the gossip news of Patiala Babes serial.

© Copyright serialsindia.com, 2018, 2019, 2020. All Rights Reserved. Unauthorized use and/or duplication of this material without written permission from serialsindia.com is strictly prohibited.
Cached Saved on: Thursday 20th of January 2022 06:36:33 PM