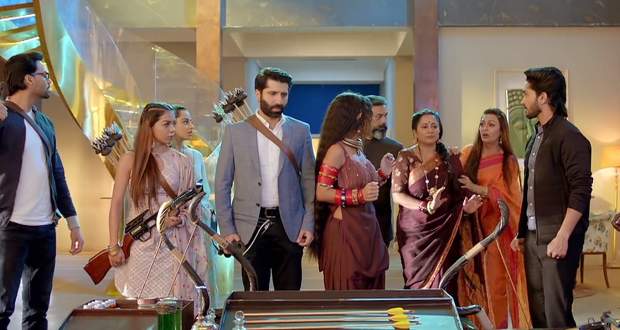 In the future episodes of Nazar serial, Rathod family will combine all of their strength and powers to fight against the oldest Ekaayan and Mohana.

So far in Najar story, Mohana created an egg with Bhasmika’s help and later absorbed all her powers.

Later, a weird creature came out of the egg in the Pataal Ketki waterfall. Meanwhile, Nishant is teaching the Rathods how to use various weapons to fight against the potential threat.

Now as per the spoiler news of Nazar, Nishant will successfully teach everyone the use of various weapons against Mohana and her companion evil power.

Meanwhile, Mohana will transform the creature into the oldest Ekaayan and will decide to attack the Rathods.

The Rathods will combine each of their powers and strengths to fight against the two Ekaayans according to the latest twist of Nazar serial.