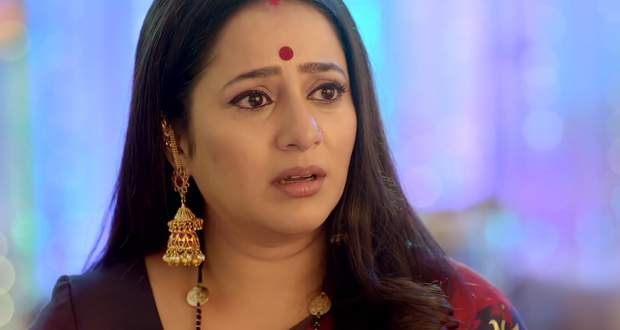 In the future episodes of Nazar serial, Chaitali will get shocked to see Vedashree's new Daayan avatar with a black dress and gold jewelry.

So far in Najar story, Piya was kidnapped by Dev who forcefully tried to marry her. Soon Piya used her brain and trapped Dev in his plan.

The Rathods were able to take a sigh of relief after Dev left. However, they faced yet another trouble in the form of Mohana who is there to stay for a long time.

Now as per the spoiler news of Nazar, viewers will see a shocking sequence wherein Vedashree will turn into a Daayan with yellow eyes.

She will be seen in black dress and gold jewelry which will shock Chaitali. However, it will be just an act of Vedashree to protect her family from Mohana according to the gossips of Nazar serial.