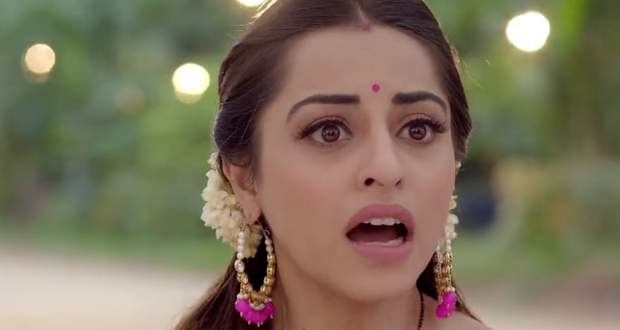 In the future episodes of Nazar serial, Piya will use the Shankh given to her by Lord Shiva to fight against the most powerful black power, Pratima.

So far in Najar story, Mohana and Vedashree’s mother, Pratimayan made an entry and want to fight against the goddess.

She is doing so to get her beloved daughter, Vedashree on her side. Meanwhile, Piya and Ansh are worried about their daughter, Pari being in the wrong hands.

Now as per the spoiler news of Nazar, Piya will communicate with her son, Adi and will get the Shankh from the temple in their house.

The Shankh is given to her by Lord Shiva and will help her in beating Pratimyan according to the gossips of Nazar serial.

© Copyright serialsindia.com, 2018, 2019, 2020. All Rights Reserved. Unauthorized use and/or duplication of this material without written permission from serialsindia.com is strictly prohibited.
Cached Saved on: Wednesday 1st of February 2023 08:46:52 PM