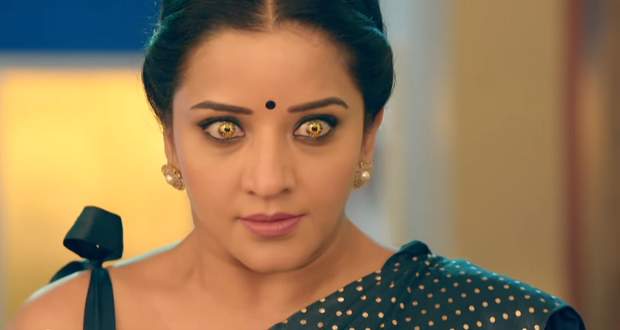 In the future episodes of Nazar serial, Mohana will be seen with Pari’s Praan Pyaala and it will be revealed that she has a special plan for her.

So far in Najar story, Mohana got angry when Ansh killed Angad and later decided to take revenge. She revealed her first target as Pari and successfully killed her with Tricone Dhatu.

Now as per the spoiler news of Nazar, Nishant and Saavi will find some information about Tricone Dhatu and will reveal that it can’t kill Pari if it was broken.

Later, they will deduce that Mohana is having Pari’s soul. Meanwhile, Mohana will have the Praan Pyaala of Pari and will decide to use it for a special cause according to the gossips of Nazar serial.