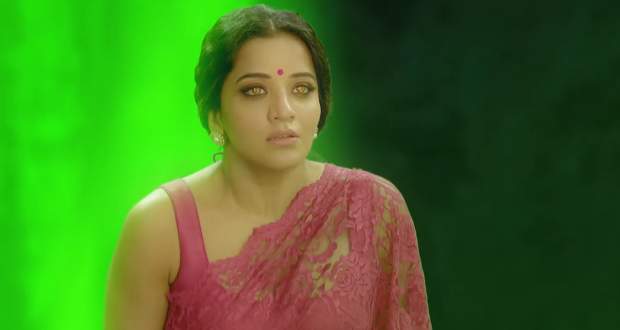 In the future episodes of Nazar serial, Mohana will create havoc in Rathod family by bringing the oldest Ekayan back from Pataal Ketki waterfall.

So far in Najar story, Mohana has created an egg with the help of Bhasmika and later absorbed all her powers.

She has also entered the Pataal Ketki waterfall to get the egg energized. Meanwhile, Ansh and Piya are trying to solve the puzzle of the egg and its powers.

Now as per the spoiler news of Nazar, Mohana will wake the oldest Ekaayan and will help her escape the Pataal Ketki waterfall.

She will create multiple problems for the Rathods by using the mysterious creature in the egg and the oldest Ekaayan’s powers according to the gossips of Nazar serial.

© Copyright serialsindia.com, 2018, 2019, 2020. All Rights Reserved. Unauthorized use and/or duplication of this material without written permission from serialsindia.com is strictly prohibited.
Cached Saved on: Sunday 25th of September 2022 08:08:10 PM