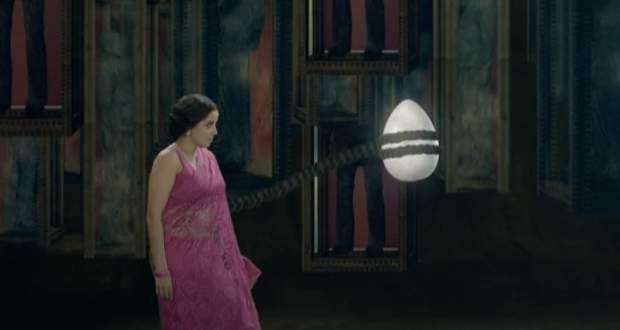 In the future episodes of Nazar serial, viewers will witness an ugly and dangerous creature that will attack the Rathods on Mohana’s instructions.

So far in Najar serial, Mohana used Bhasmika to create an egg and later absorbed all powers of Bhasmika inside her.

Mohana has also controlled Pari and is using her as a pawn. Meanwhile, the egg created havoc in Rathod house and even injured Adi.

Now as per the spoiler news of Nazar, soon the egg will gain a lot of power by eating the souls of the dead and will reach Rathod house.

Rathods will get shocked to see the huge egg on their terrace. Later, a dangerous monster will come out of the egg and will attack the Rathods.

Piya, Ansh, Adi and Pari will combine their powers to fight against the monster according to the gossips of Nazar serial.

© Copyright serialsindia.com, 2018, 2019, 2020. All Rights Reserved. Unauthorized use and/or duplication of this material without written permission from serialsindia.com is strictly prohibited.
Cached Saved on: Monday 6th of February 2023 05:01:49 AM