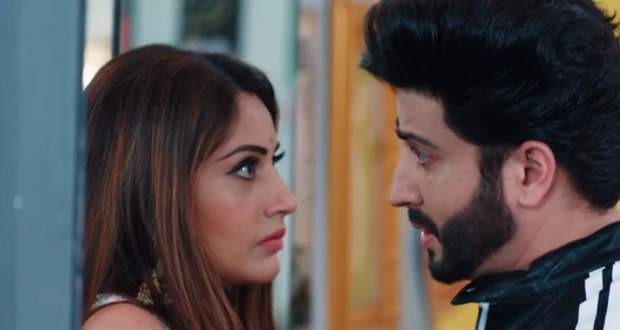 Naagin 5 Upcoming Twist: Aakesh to throw Bani from the height

In the upcoming episodes of Colors TV’s Nagin 5 serial, Aakesh will throw Bani from the height with an intention to kill her.

Up until now in Naagin 5 story, Bani and Veer married each other to take revenge, while Jai came back alive with the intention to get the Naagmani. He teamed up with Mayuri and Shukla to kill Bani.

Now based on the spoilers of Naagin 5, Aakesh will get his wings out and will take Bani in the sky. He will throw her from the height with a motive to kill her, while Jai and Mayuri will be ready with the poisonous knives to attack Bani.

Meanwhile, Bani will be unconscious when Aakesh will throw her down according to the latest gossip of Nagin 5 serial.

Let’s see if Bani will be saved or not in the future story of Naagin 5 serial.