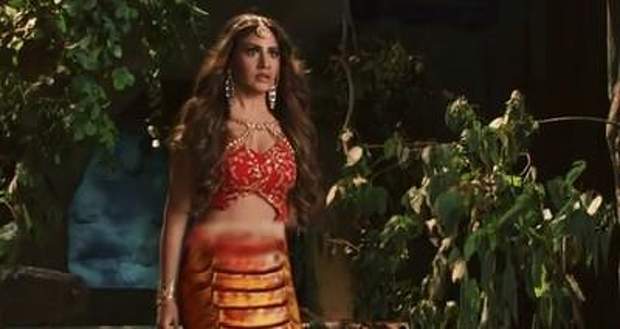 In the forthcoming episodes of Colors TV’s serial Naagin season 5, Bani will try to threaten one of Veer’s friends by showing her Naagin avatar to him.

Up until now in Nagin season 5 story, Bani killed Veer’s brother thinking him to be Veer. Later, Veer decided to take revenge from Bani by getting married to her.

Now as per the recent story twists of Naagin 5, Bani will decide to take the revenge of Jai’s death by killing Veer’s family first. She will show her Naagin avatar to one of Veer’s friends so that he would be scared of her.

Further, Veer’s friend will try to make everyone believe that Bani is a Naagin but no one would believe him according to the Naagin 5 gossip serial.

Let’s see what will happen next in Naagin 5 upcoming story.