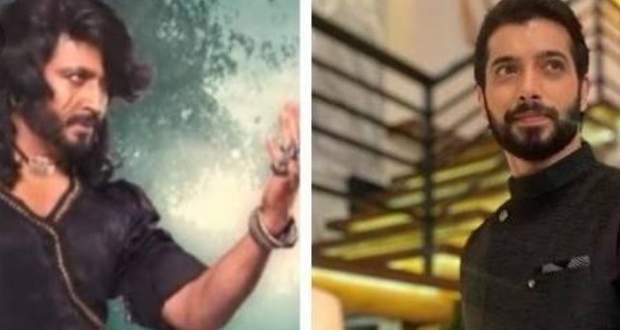 Naagin 5 Latest Twist: Face off between Veer and Aakesh

In the upcoming episode of serial Naagin 5, Bani will try to find the person helping Aakesh and will be shocked to see real Veer coming face to face with Aakesh.

So far in Naagin 5 story, Bani saves Veer's family from the Gandhak and hides the stone. Further, she uses the same stone to trap Mayuri and Shukla and punishes them.

Now based on the recent spoiler Naagin 5, Aakesh will attack Bani and will throw her inside a large pit. Further, Bani will hide in the cave to see the face of the person who is helping Aakesh and will be stunned to see Veer there.

Later, she will take Aakesh's form to see the face of the mystery person behind Veer's disappearance and will ask the man to stop as per the gossip twists of serial Naagin 5.

Let’s see if Bani finds out about Jai’s evil intentions to kill her or not in the future story of Nagin 5.

© Copyright serialsindia.com, 2018, 2019, 2020. All Rights Reserved. Unauthorized use and/or duplication of this material without written permission from serialsindia.com is strictly prohibited.
Cached Saved on: Saturday 2nd of July 2022 12:56:42 AM