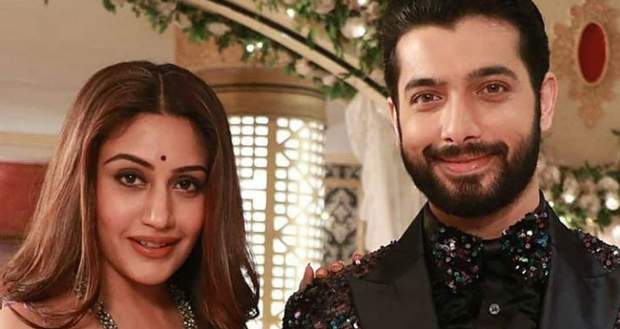 Naagin 5 Latest Spoiler: Veer to save Bani from Shakura

In the upcoming episodes of Nagin season 5, Veer will save Bani from Shakura by using the Gandhak Pathar.

So far in Naagin 5 story, Jai trapped Veer in a cage and asked Shakura to disguise as Veer but he took Aakesh’s form.

Further, Bani felt something suspicious about Veer and found out the truth that Shakura disguised as Veer and entered the Singhaniya mansion.

Now based on the serial spoilers of Naagin 5, the Gandhak Pathar will help the real Veer to escape from Jai’s cage and he will rush to save Bani from Shakura.

He will get into a fight with Shakura, while Bani will be surprised to see Veer with more new powers.

Meanwhile, Mayuri will reveal that Shakura and Veer have a link from their past life and will decide to use Shakura against Veer according to the latest twists of Naagin 5 serial.

Let’s see if Veer will be able to defeat Shakura in the next episodes of Nagin 5 serial.

© Copyright serialsindia.com, 2018, 2019, 2020. All Rights Reserved. Unauthorized use and/or duplication of this material without written permission from serialsindia.com is strictly prohibited.
Cached Saved on: Sunday 5th of February 2023 04:09:51 AM