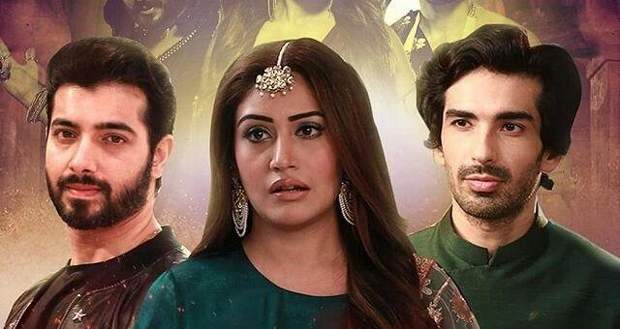 Naagin 5 Latest Spoiler: Bani to get saved by Veer

In the upcoming episodes of Naagin 5 serial, Bani will be attacked by Mayuri and Jai while Veer will be the one who will save her.

Up until now in Nagin 5 story, Bani killed Veer as revenge for murdering her lover Jai. But it turns out that she actually killed Veer's twin brother mistaking him for Veer. Afterwards, overtaken by the rage of her brother's death, he forcefully marries Bani.

Now based on the latest gossip of Naagin 5, Bani and Veer will be found in the same cave where Veer's twin brother is being kept. Meanwhile, Mayuri and Jai will form a plan to kill Bani for their own personal intentions.

However, Veer will save Bani from Jai and Mayuri's lethal attacks. Further, Jay and Mayuri will again form a plan to attack Bani when Veer is nowhere near her as per the spoilers of Naagin 5 serial.

Let's see what happens in the future story of Naagin 5 serial.

© Copyright serialsindia.com, 2018, 2019, 2020. All Rights Reserved. Unauthorized use and/or duplication of this material without written permission from serialsindia.com is strictly prohibited.
Cached Saved on: Saturday 2nd of July 2022 12:52:51 PM