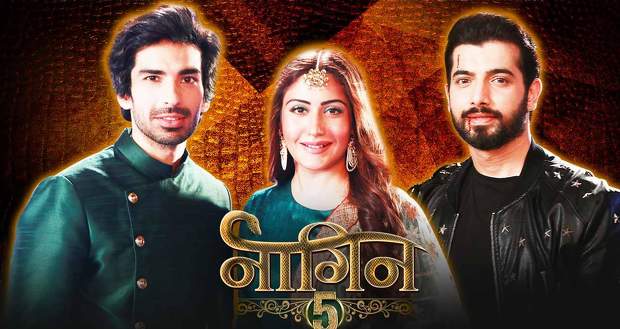 In the forthcoming episodes of season 5 of Naagin, the major twists about Veer will be exposed as he will be revealed innocent and not the killer of Hriday.

So far in the Nagin season 5 story, Hriday and Nageshwari were in love when Aakesh, fell in love with Nageshwari’s beauty and killed him Hriday. Now, all three characters are reborn; Nageshwari as Bani, Hriday as Jai, and Aakesh as Veer.

Now based on the latest twists of Nagin season 5, Veer continues to be a hindrance in the Bani and Jai's relationship.

Later in the story, Aakesh’s secret is exposed. The episode will reveal that it wasn’t Veer who killed Hriday in Satyug. In the future episodes, Veer’s character will turn positive according to the spoiler updates of Naagin 5.

Let’s see what happens in the future story of Naagin 5 serial.

© Copyright serialsindia.com, 2018, 2019, 2020. All Rights Reserved. Unauthorized use and/or duplication of this material without written permission from serialsindia.com is strictly prohibited.
Cached Saved on: Saturday 2nd of July 2022 01:35:29 PM