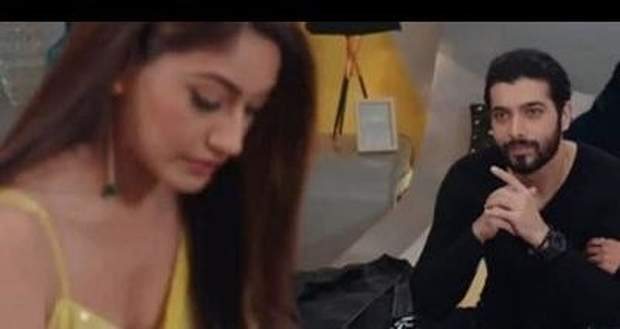 In the future episodes of Colors TV’s Naagin 5 serial, Veer will stop Bani from leaving the Singhaniya mansion for the next 24 hours.

Up until now in Nagin 5, Veer saved Bani by killing Shakura, while Jai used the Maayavi Ras to get Bani in his control.

He hypnotized Bani and tried to get closer to her with a motive to make Veer jealous of him.

Now as per the serial spoiler of Naagin 5, Mayuri will distract Veer to let Bani get out of the Singhaniya mansion but Veer will catch her at the gate of the house.

He will not let Bani go out to meet Jai and will force her to not leave the Singhaniya mansion for the next 24 hours.

Further, he will challenge Bani that he will make her confess her love for him according to the recent gossip of Naagin 5 serial.

Let’s see if Bani will confess her love or not in the future story of Naagin 5 serial.

© Copyright serialsindia.com, 2018, 2019, 2020. All Rights Reserved. Unauthorized use and/or duplication of this material without written permission from serialsindia.com is strictly prohibited.
Cached Saved on: Sunday 5th of February 2023 03:41:08 AM