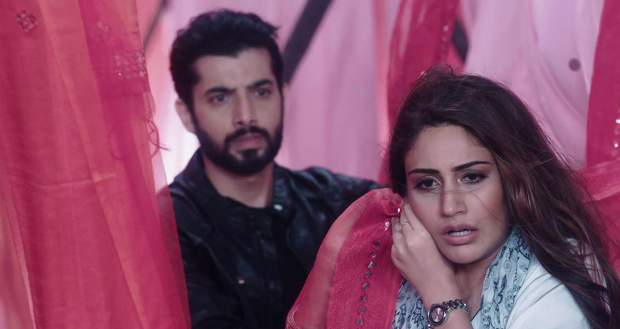 In the forthcoming episodes of Naagin 5, Bani's real identity will get exposed in front of Veer. Veer will be shocked to see that his lady love is an Ichhadhari Nagin.

Up until now in Nagin season 5 story, Bani meets Jay and Veer in Noor's wedding. Veer falls in love with Bani at the first sight while Jay is also attracted to Bani. Bani thinks that Veer has killed her friend Noor and hates him.

Now according to the gossip twists of Naagin 5, Veer's father Balwant is involved in human trafficking and will abduct Naina from Jay's restaurant.

Bani in an attempt to save her friend Naina will take her Naagin avatar. She will fight with Cheels and meanwhile, Veer will reach there. He will be shocked to see Bani as an Ichhadhari Nagin as per the spoiler news of Nagin 5.

Let's see what happens next in the future story of Nagin season 5.