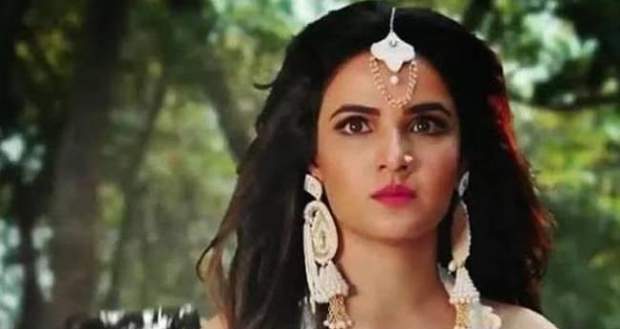 In the upcoming episodes of Naagin season 4 serial, Vishaka will soon make an evil ploy and will entice Nayantara against Brinda and Mayata.

So far in season 4 of Naagin story, Brinda married Dev to take revenge from the Parekh family. Soon, Manyata and Brinda also performed the last rituals of Nayantara and took an oath.

Now as per the gossip updates of Naagin 4 serial, Vishaka will soon disguise as Nayantara to meet Manyata and Brinda. She will further instigate Nayantara against Brinda and Manyata.

Nayantara will become a powerful shape-shifting serpent after touching the Naagmani. She will further get fooled by Vishaka who will entice her to kill Brinda and Manyata according to the spoiler twists of Nagin 4.

© Copyright serialsindia.com, 2018, 2019, 2020. All Rights Reserved. Unauthorized use and/or duplication of this material without written permission from serialsindia.com is strictly prohibited.
Cached Saved on: Saturday 18th of September 2021 04:21:18 AM