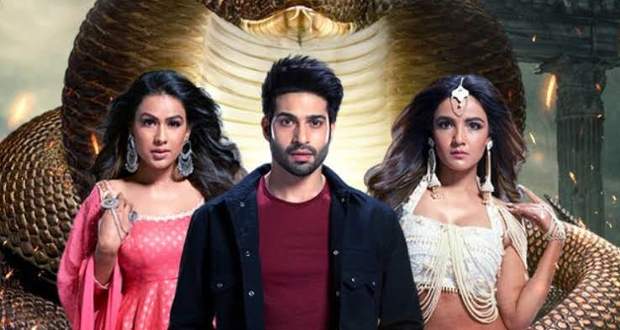 In the upcoming episodes of Naagin season 4 serial, Nayanthara will perform a sizzling dance to trap the Parekh youngsters by her moves.

So far in season 4 of Naagin story, Nayanthara is soon to take revenge from Parekh boys and is going to enter their house. Meanwhile, Dev returns to India and interrupts his mother’s pooja.

Now as per the gossip updates of Naagin 4 serial, viewers will witness some interesting new twists as Nayanthara will have a plan to harm the young Parekh boys.

She will perform a seductive dance and will trap them as they are flirtatious in nature. Meanwhile, Dev and Brinda will soon have a dramatic encounter.

However, Brinda will be unaware of Dev’s identity as she has never seen her according to the spoiler twists of Nagin 4 serial.

© Copyright serialsindia.com, 2018, 2019, 2020. All Rights Reserved. Unauthorized use and/or duplication of this material without written permission from serialsindia.com is strictly prohibited.
Cached Saved on: Monday 17th of May 2021 07:34:59 PM