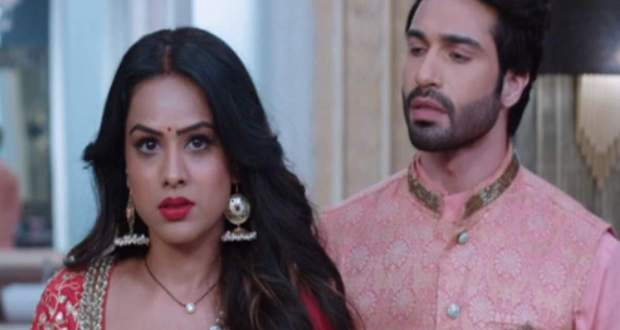 In the upcoming episodes of Naagin season 4 serial, Vishakha will soon be seen spoiling Brinda’s plans and will try to separate her from Dev.

So far in season 4 of Naagin story, Brinda killed her first target, Madhav while Vishakha entered the Parekh house as Manyata’s friend. She assured Brinda that she is there to help her.

Now as per the gossip updates of Naagin 4 serial, Vishaka will be there to execute her next plan and will try to spoil Brinda and Manyata’s revenge plan.

She will be revealed as Manyata’s kidnapper and will soon try to create a rift between Dev and Brinda according to the spoiler twists of Nagin 4.

© Copyright serialsindia.com, 2018, 2019, 2020. All Rights Reserved. Unauthorized use and/or duplication of this material without written permission from serialsindia.com is strictly prohibited.
Cached Saved on: Sunday 5th of February 2023 02:25:56 AM