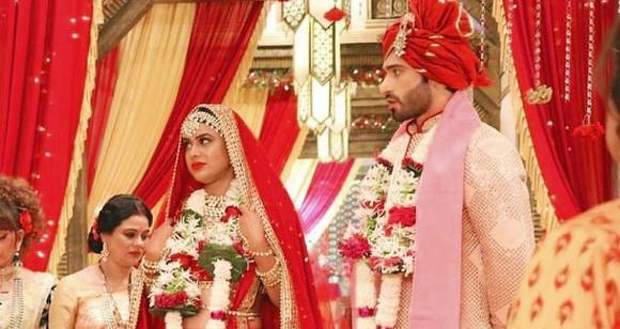 Naagin 4 Latest Spoiler Update: Dev to get romantic with Brinda on first night

In the upcoming episodes of Naagin season 4 serial, Dev will try to get romantic with Brinda on their first night after marriage.

So far in season 4 of Naagin story, Manyata learned that Brinda is her real daughter and both teamed up to destroy the Parekh family. Brinda even married Dev in order to seek revenge.

Now as per the gossip updates of Naagin 4 serial, Brinda and Dev will be seen spending their first night and Dev will try to get romantic with her.

He will ask her to open up and talk about her feelings. However, Brinda will find ash on the floor and will touch it. She will start turning into an Ichhadhaari Naagin.

She would further fear of getting exposed and would try to hide away from him according to the spoiler twists of Nagin 4.

© Copyright serialsindia.com, 2018, 2019, 2020. All Rights Reserved. Unauthorized use and/or duplication of this material without written permission from serialsindia.com is strictly prohibited.
Cached Saved on: Saturday 28th of January 2023 11:55:58 AM