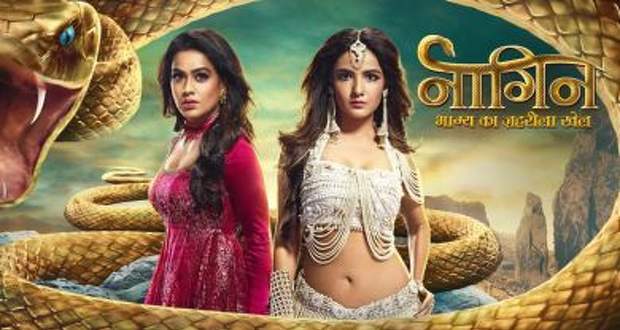 In the upcoming episodes of Naagin season 4 serial, Dev and Brinda will meet in a dramatic encounter wherein Brinda will also shout at him.

So far in season 4 of Naagin story, Maanyata marries a human named Keshav and gives birth to a girl. She names her Nayanthara and escapes.

She declares that her daughter will take revenge from her enemies. She will also become the daughter-in-law of the Parekh family to seek revenge.

Dev is the main villain's son. Further, based on the spoiler twists of Nagin 4, Nayanthara will also enter as a dancer in Parekh house.

© Copyright serialsindia.com, 2018, 2019, 2020. All Rights Reserved. Unauthorized use and/or duplication of this material without written permission from serialsindia.com is strictly prohibited.
Cached Saved on: Sunday 22nd of May 2022 04:04:40 AM