In the forthcoming episodes of Molkki serial, Purvi will overhear Virendra Pratap's heartfelt confession to the portrait of his first wife.

Up until now in Molkki story, Purvi was married to Virendra Pratap under the false pretence by being shown pictures of some other boy.

Further, Purvi is troubled in various ways by Virendra's kids.

Now as per the spoiler alerts of Molkki serial, Purvi will go to the study room to give Virendra some paper where she will see him sitting in front of a portrait.

She will overhear Virendra confessing his never-ending love to the portrait and will find out that it is the portrait of his first wife, Sakshi according to the recent news of Molkki.

Let's see if Virendra notices her presence in the future episodes of Molkki serial. 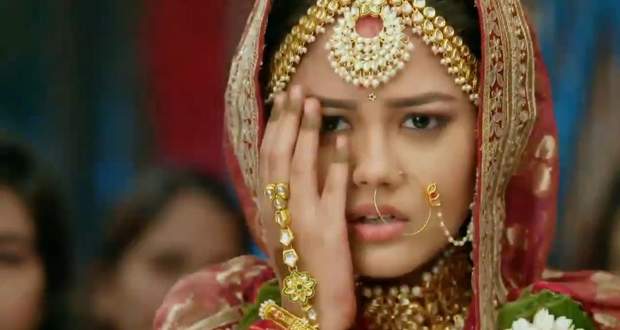 © Copyright serialsindia.com, 2018, 2019, 2020. All Rights Reserved. Unauthorized use and/or duplication of this material without written permission from serialsindia.com is strictly prohibited.
Cached Saved on: Sunday 5th of February 2023 04:18:58 AM