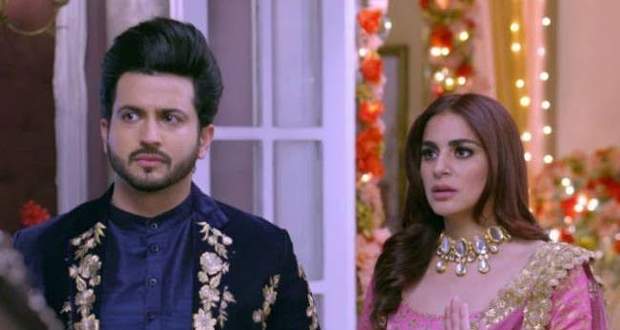 In the upcoming episodes of Kundali Bhagya serial, Preeta will put on a fake smile on her face and will show that she is happy about Karan’s engagement.

So far in Kundaly Bhagya story, Karan and Mahira were all set to get engaged and Preeta entered the party dressed as a waiter along with Srishti.

Later, Bua came to know about their presence and exposed them in front of Karan and other family members. They were further arrested for trying to abduct Mahira.

Now as per the spoiler twists of Kundly Bhagya serial, Preeta will soon be out of the jail on bail and will come face to face with Karan.

Karan will try to mock Preeta and will tell her about getting engaged to Mahira. Preeta will get deeply hurt but will put on a fake smile on her face.

She will congratulate Karan and will show that she is happy for him according to the gossip news of Kundali Bhagya serial.

© Copyright serialsindia.com, 2018, 2019, 2020. All Rights Reserved. Unauthorized use and/or duplication of this material without written permission from serialsindia.com is strictly prohibited.
Cached Saved on: Wednesday 30th of November 2022 06:06:43 AM