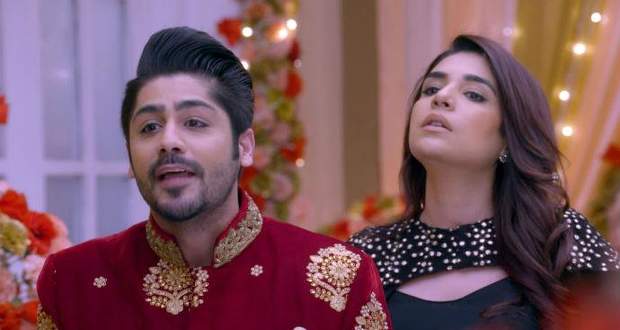 In the upcoming episodes of the Kundly Bhagya serial, Srishti and Sameer will team up to unite Karan and Preeta by sending Karan to his room with Preeta.

So far in the Kundaly Bhagya serial, Preeta claimed her rights as legal wife of Karan Luthra. Later, Karan also accepted Preeta as his legal wife and both performed the Grah Pravesh ritual.

Now according to the spoiler twists of the Kundali Bhagya serial, Karan will go to Rishabh's room but Rishabh will tell him to go to his room as Preeta would be waiting for him. Karan will deny and Dadi will also support him.

Sameer will narrate the incident to Srishti and Srishti and Sameer will decide to send Karan to his room. Later, Sameer will call Karan a coward for not staying with Preeta. Karan's ego will get hurt and he will immediately decide to sleep in his room as per gossip news of Kundly Bhagya serial.