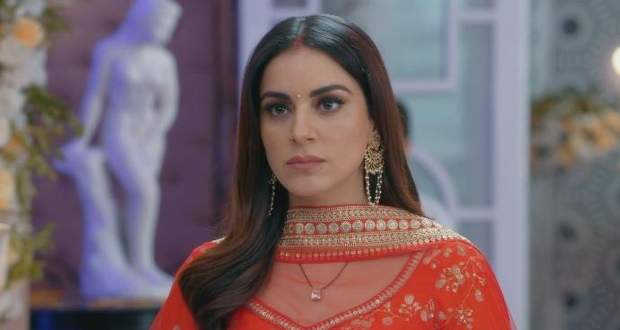 In the forthcoming episodes of Kundali Bhagya, Mahira and Sherlyn with team up against Preeta and will threaten to harm the Luthra's.

So far in Kundaly Bhagya story, Preeta asks Karan to send Mahira back to her house but Karan refuses to do so.

Later, Mahira tries to instigate Karan against Preeta by telling him that Preeta wants her to leave the Luthra House.

Now according to the latest twist of Kundali Bhagya, Mahira will threaten to kill herself or someone from the Luthra family to get the Karan along with his family arrested.

Moreover, Sherlyn will also team up with Mahira and will threaten to harm the Luthra family as per the spoiler updates of Kundli Bhagya serial.

Let's see how Preeta protects her family from Sherlyn-Mahira's ploy in the future news of Kundali Bhagya.