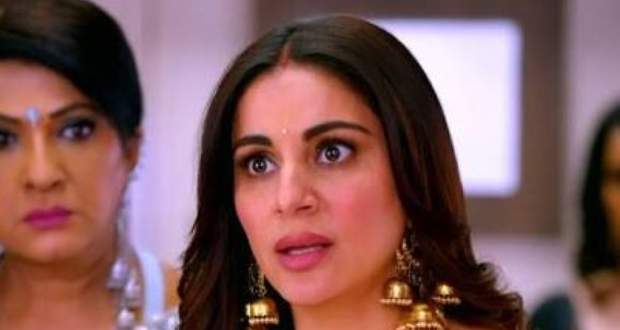 Kundali Bhagya Spoiler: Preeta to save the Luthra family from getting arrested

In the Kundali Bhagya upcoming episodes, Preeta will support the Luthra's and will tell the police that they are innocent.

So far in Kundaly Bhagya story, Karan and Preeta performed their post-wedding rituals while Mahira entered the house with her hands covered in blood.

Now based on the future news of Kundali Bhagya serial, Preeta will support her family and will tell the police that Karan is innocent.

Further, she will also inform the inspector that Karan is married to her while Mahira also wants to marry Karan as per the latest twists of Kundali Bhagya.

Moreover, the Police will decide to not arrest the Luthra's but will announce that their fate is dependent on what Mahira tells the police.

Let's see what Mahira's statement is in the spoiler updates of Kundli Bhagya.